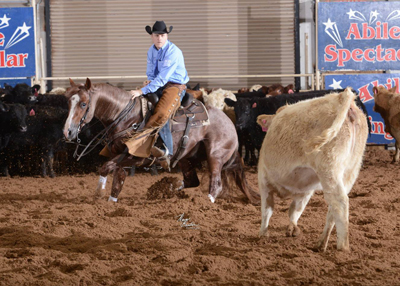 The Abilene Spectacular in Abilene, Texas, allows cutters to kick-start the new year of competition and lay a foundation for the coming show season.

The first horses to vie for a title were in the 5/6-Year-Old Open finals, and some of the industry’s top competitors brought their best.

Metallic Rebel, owned by Thomas Guinn and bred by Alvin and Becky Fults, had nearly $195,000 going into the Abilene Spectacular with wins in the Derby Open at the 2016 Pacific Coast Cutting Horse Association Core Balance Derby and Classic/Challenge and The Ike Derby and Classic.