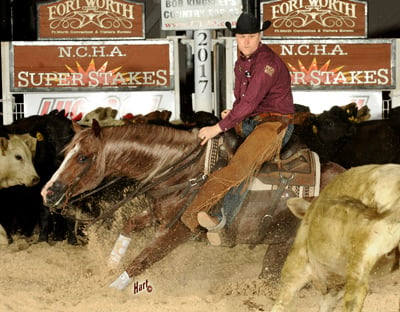 The  NCHA Super Stakes Classic is the third championship for Metallic Rebel and Galyean in 2017. They also won the Abilene Spectacular 5/6 Open and the Arbuckle Mountain 5/6 Open. In 2016, they racked up wins in the Ike Hamilton Futurity, the Pacific Coast Derby, the Pacific Coast Cutting Stakes, and the West Texas Derby.

Beau Galyean, a member of both the NCHA Non-Pro and the NCHA Open Riders Halls of Fame, and 2008 NCHA Futurity Open champion aboard Metallic Cat, is the NCHA earner of $2.9 million.