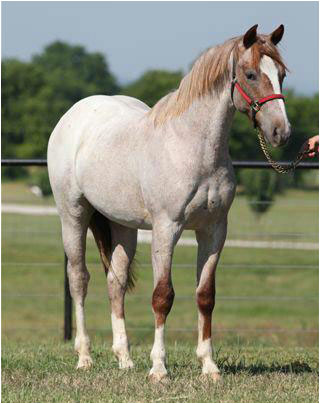 Congratulations to Dominik Conicelli on his purchase of Metallic Spark, a 2011 Red Roan stallion by Metallic Cat out of Shiney Lil Miss (by Shining Spark). The purchase price was at $62,000. We wish you the best of luck! 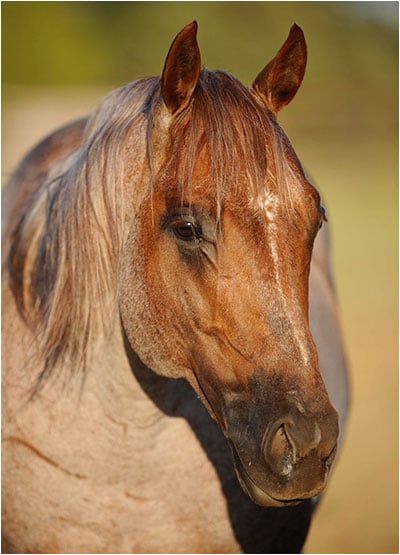 “In fact, it was the popular Metallic Cat who proved he has the mettle as an up-and-coming star sire. He topped the 2011 cutting sales, as ranked by the median price of his foals. He actually rounded out the year with the seventh-highest net sales in cutting auctions, with 25 offspring selling for $734,000. Metallic Cat, who is owned by Alvin and Becky Fults, Amarillo, Texas, won the 2008 NCHA Futurity with Beau Galyean and then went on to a remarkable career that concluded with $637,710 in earnings at the close of the 2009 season. The stallion’s first foal crop, one with just 54 AQHA-registered individuals, arrived in 2010 and will be hitting the show pen next year. “