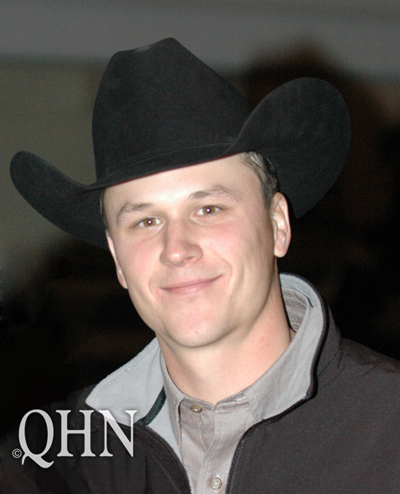 Beau Galyean is on fire at the West Texas Futurity in Amarillo, Texas. On Sunday, he won the 4-year-old Open with Metallic Rebel, and yesterday he picked up another championship, this time on Magic Metallic.

During their 5/6-Year-Old finals run, Magic Metallic (Metallic Cat x Sweet Abra x Abrakadabracre) and Galyean, an Equi-Stat Elite $2 Million Rider, marked a 228 to claim the title and $9,300. This is the first major victory for the Alvin and Becky-Fults’ homebred mare, who has already amassed more than $100,000 in her career. Earlier this year, she placed well at The Ike Derby and Classic, the Bonanza and the Arbuckle Mountain Futurity under Galyean’s tutelage.

Magic Metallic is a full-sister to Metallic Rebel, and they are both in the top three money-earners on Sweet Abra’s produce record.

The first final at the West Texas Futurity wrapped up last night, and it was Metallic Rebel that took top honors in the 4-Year-Old Open. With Equi-Stat Elite $2 Million Rider Beau Galyean in the saddle, Thomas Guinn’s red roan stallion marked a 229 to claim his third championship of the year.

The win was worth $14,500, boosting Metallic Rebel’s (Metallic Cat x Sweet Abra x Abrakadabracre) Equi-Stat record to more than $167,000. In February, he won the 4-Year-Old Open at The Ike Derby and Classic, then was victorious again in June at the Pacific Coast Cutting Horse Association Core Balance Derby and Classic/Challenge, where he and Galyean picked up the Derby Open title and a $25,000 check for the Metallic Cat Incentive.16