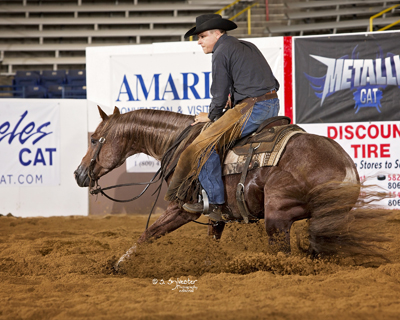 Metallic Rebel is having a year for the books. He just keeps racking up titles, and he added another championship to his résumé when he and Equi-Stat Elite $2 Million Rider claimed the Stakes Open Championship at the Pacific Coast Cutting Horse Association (PCCHA)/Holy Cow Performance Horses Futurity.

The stallion, who was bred by Alvin and Becky Fults and is owned by Thomas Guinn, is currently sitting third in the National Cutting Horse Association Open Horse of the Year standings. He had 410 points toward the title when he arrived in Las Vegas.